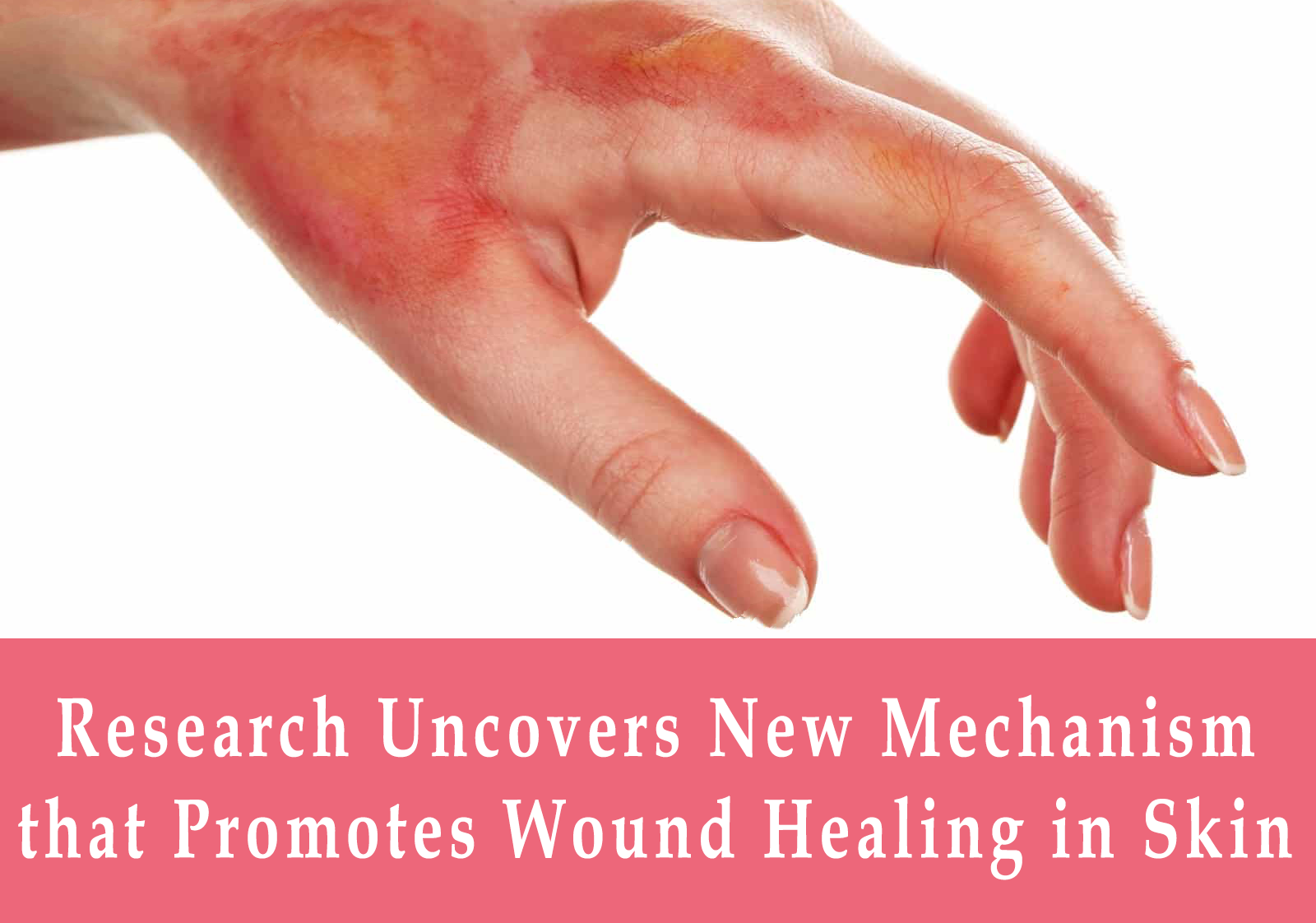 A University of California, Irvine-led study identifies a new molecular pathway that promotes the healing of wounds in the skin. Titled, “GRHL3 activates FSCN1 to relax cell-cell adhesions between migrating keratinocytes during wound re-epithelialization,” the study was published in JCI Insight.

The molecular pathway identified is controlled by an evolutionary conserved gene called a Grainyhead like 3 (GRHL3), which is a gene required for mammalian development. Without this gene, several abnormalities may occur, including spina bifida, defective epidermal barrier, defective eyelid closure and soft-tissue syndactyly, a condition in which children are born with fused or webbed fingers.

The study reveals how during wound healing, GRHL3 works to activate a protein coding gene called Fascin Actin-Bundling Protein 1 (Fscn1), to loosen the adhesion between wounded skin cells so they can migrate efficiently to close the wound. Researchers also found that alterations in this process may result in chronic, non-healing wounds, such as diabetic ulcers that affect millions of patients every year.

“What’s exciting about our findings is that we have identified a molecular pathway that is activated in normal acute wounds in humans, and altered in diabetic wounds in mice,” said Ghaidaa Kashgari, PhD, a postdoctoral researcher in the UCI School of Medicine Department of Medicine. “This finding strongly indicates clinical relevance and may improve our understanding of wound healing biology and could lead to new therapies.”

During re-epithelialization, keratinocytes, which are cells that make up the outermost layers of the skin, migrate on top of the underlying granulation tissue, which is the lumpy, pink tissue that forms around the edges of a wound. Ultimately, the keratinocytes meet migrating keratinocytes from the opposing margin to close the wound.

“Despite significant advances in treatment, much remains to be understood about the molecular mechanisms involved in normal wound healing,” said senior author Bogi Andersen, MD, a professor in the Departments of Biological Chemistry and Medicine at the UCI School of Medicine. Department of Biological Chemistry and Department of Medicine, Division of Endocrinology. “Our findings uncover how abnormalities in the GRHL3/FSCN1/E-cadherin pathway could play a role in non-healing wounds which needs to be further investigated.”

This work was supported by the National Institutes of Health and the Irving Weinstein Foundation.